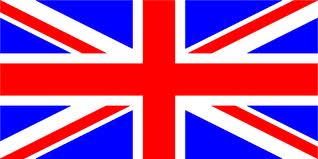 Copywriting from https://youhorse.auction/
​ELNELZA - Beautiful with Grand Prix genes
ABOUT
A truly magnificent sport foal. This family already produced several Grand Prix showjumping horses. Will this be the next one?
Elnelza Z is a daughter of El Barone III Z, who is well represented in our auctions. El Barone III Z is only an 8-yr-old, but he is considered highly promising. He is a son of Emerald out of the 1.50m Grand Prix mare Naktribro (Libero H).
Dam Anelza Key SR Z also passes on a lot of quality via her sire Arezzo VDL, who under Jur Vrieling got very good results in several Grand Prix. Arezzo VDL also has Grand Prix offspring already that are remarkable for their magnificent jumping technique and carefulness over the fences.
Grandam Pamelza (Cash Z) produced the international 1.35m level showjumping horse Clinelzo Z (Clinton I). She, like the 1.45m level showjumping horse Tao te King and the 1.40m level placed Zangersheide stallion Danelzo Z, is bred out of the 1.60m Grand Prix mare Kanelza (Nimmerdor) who was active under Bernardo Mathias.
The pedigree goes back to Enelza (Alme Z x Ramiro), dam of Kanelza but also of the 1.60m Grand Prix horse Olympia (Brown Boy) who was successful for many years under Michel Robert (FRA), Quinelza Z (1.50m level under Giorgio Bianchi, ITA) and three 1.45m level showjumping horses.

Of course, we also offer a Big Star foal again. Because he is one of the world’s best showjumping horses with twice Olympic gold under Nick Skelton, but also because he was once owned by Alan Waldman and Mario Everse. Already at an early age Big Star showed his great talent.

This very beautiful and athletic foal, born via ET, also received top-sport genes from Zirocco Blue VDL, Lux Z and Nimmerdor. Dam Geisha M is an elite-awarded mare from Alan Waldman, that started at 1.35m level and showed a lot of promise for the big work until she sustained an injury. She is a half-sister to the KWPN stallion Farfan M (1.40m level) and the international 1.45m level showjumping horse Washington ridden by Valeria Burzakova (RSU).

ELYSE WALDSTAR - El Barone out of mare from Beerbaum Stables​

The Belgian showjumping talent El Barone III Z, an 8-yr-old son of Emerald out of a 1.50m level showjumping mare, will stir up some dust in the future. He supplied remarkable showjumping foals that are very appealing for their type and canter. And he also produced this beautiful filly.

Dam Quadea jumped at international 1.45m level and comes from the sport stables of Meredith and Markus Beerbaum. Her sire Quintender jumped 1.60m Grand Prix under several riders and is out of the half-sister of top-class sire Cardento VDL.

Grandam Graefin Top (Graf Grannus x Calypso II) is the full sister of the stallions Graf Top I and II and a half-sister of the stallion Stakkato’s Highlight. She herself was active at 1.20m level and produced three 1.45m level showjumping horses, three horses active at 1.30/1.35m level and the Hanoverian licensed stallion Luan 4 (Landor S). Her full sister produced the Hanover premium stallion Sabini (Stakkato).

This family already produced quite a number of international showjumping horses and licensed stallions.

If this does not mean scope: Elvis ter Putte x Cardento x Larino. Three stallions in a row that jumped 1.60m Grand Prix, and how! There can be little doubt that Presley will later jump with the same great scope and attitude.

His dam Grand Tari is elite-awarded and she passed a fine EPTM test with an 8 for scope and riding horse qualities and co-operation.

Eldorado van de Zeshoek is popular because of his offspring, but we are also very enthusiastic about the dam of this filly. Prada is out of the 1.60m Grand Prix showjumping mare Sonate, daughter of top-class sire Stakkato. Sonate, like Eldorado van de Zeshoek, was started at the highest level by Willem Greve and claimed several top-ten places at major shows.

The Belgian showjumping talent El Barone III Z, an 8-yr-old son of Emerald out of a 1.50m level showjumping mare, is here combined with a successful sport family.

The Roosakker family has already produced numerous 1.60m Grand Prix showjumping horses. This will also be one for the international work. His sire is the much talked-of El Barone III Z, an 8-yr-old Emerald son out of the 1.50m level showjumping mare Naktibro (Libero H). Early this year he made his debut at 1.40m level under Pieter Kenis.

The Grand Prix genes are jumping from off the paper. Ironside Z is a son of the 1.50m Grand Prix showjumping stallion I'm Special de Muze, who is bred out of the European Championships horse Walnut de Muze, ridden by Harrie Smolders.

Gachette is a beautiful and athletic foal. Daughter of Copiene Z was born in our stable on 14 June 2020.

Copiene Z that started at 1,35 m level and showed a lot of promise for the big work until she sustained an injury. 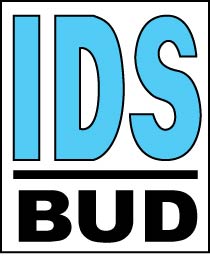